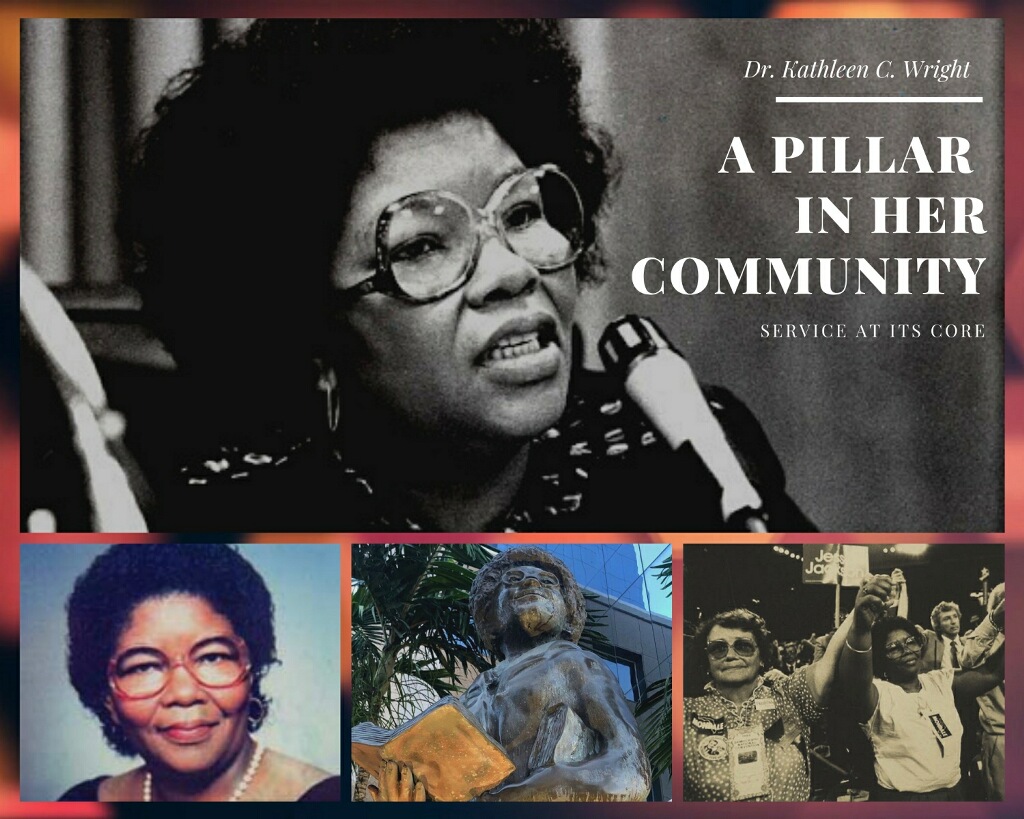 It was an incredible honor and a historic moment to have witnessed the installment ceremony of the Street Naming of our beloved chapter past president, Dr. Kathleen C. Wright, right alongside her husband, Judge Zebedee Wright. These two individuals’ commitment and love for their community continue to transcend and impact many lives. 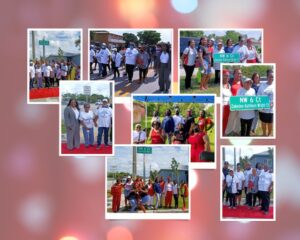 Dr. Wright began teaching social studies at Dillard High School in Fort Lauderdale in 1958 and later served as department head. She taught at Dillard until 1974 when she was elected to the School Board, where she served for eight years. Dr. Wright had the unique distinction of being the first Black to serve on the Broward County School Board and the first Black female to serve on any school board in Florida. The sculpture now proudly stands adjacent to the KC Wright Broward County School Board administrative offices in downtown Fort Lauderdale.

One of Broward County’s most respectable civic leaders, Dr. Wright, was affiliated with countless social, political, and charitable organizations, including Delta Sigma Theta, a national organization for professional women. In addition, the Broward County Democratic Executive Committee and the Urban League of Broward County, in which she served as vice-chairman.

The Kathleen C. Wright Development Center is the home to the various program initiatives sponsored by the Delta Sigma Theta Sorority, Inc. Broward County Alumnae Chapter members. The center is named after Kathleen C. Wright, affectionately called “The Delta House,” is located on the northwest corner of the beautiful Osswald Park in Fort Lauderdale, FL. This facility is a haven for conducting and facilitating various programs that address economic and educational development, international awareness and involvement, physical and mental health, and political awareness and involvement.

Some of her delta community service involvement included: Secretary and Vice-President and twice President of Delta Sigma Theta Sorority, Broward County Alumnae Chapter; Southern Regional Director and Member of other National Delta Sigma Theta Committees as well as service on a variety of local committees; member of the Democratic Executive Committee, Democratic Women’s Club, National Organizations of Women, Women’s Political Caucus, League of Women Voters, and Northwest Democratic Club. She also was active in several efforts to bring voters to the polls in the Northwest communities. In addition, Dr. Wright was a founder of the Black Alliance for School Educators, a chairperson of the Affirmative Action Committee of Broward County’s Democratic Party, and a board member of the Early Childhood Development Association.